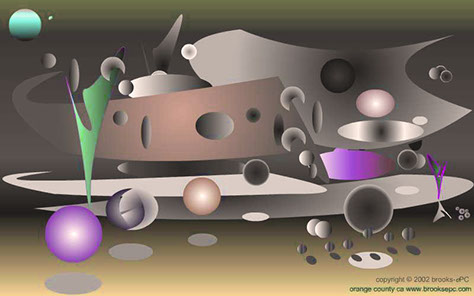 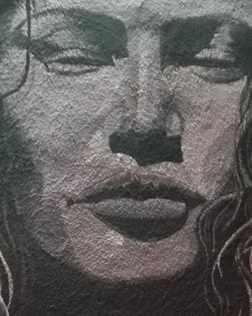 Who we are and how we got here, where we are going and why.  I would imagine that everyone reading this is really REALLY good at something.  Even if they have a hard time admitting it to themselves, and in order to stay at the top of your game, and have time to enjoy your family.  You learned that money served two purposes, 1, to pay your bills, 2, to pay other really REALLY smart people to take the pressure off of you so you could cash in those chips for what really matters, your personal freedom and time with your loved ones.

October 12, 2002. the economic uncertainty changed a "sure thing"  forecast of prosperity for everyone vested in technology startups with overnight  off-the-chart valuations to and abrupt dose of reality with the pop of a balloon the net worth on paper wealth wend from a dream come true to a nightmare on Wall street. The opportunity to create wealth and to fill a the conceptual solution jars was overflowing with fantastic ideas and the tools to build them was just about ten years premature of the ubiquitous infrastructure and pool of big data  to reach reality.  It would take ten years or more for those ideas to become the web as we know it and so an opportunity was born.  To stay on the safe path and ride the ebb and flow of economic factors through the new decade as a pawn with a duty to help build what was already valued and devalued. To make the retirement plans that were never really there a reality for the technology segment I spent the last ten years in.

There was a choice to be made but i was just young and dumb enough to believe that i could make my wealth without the comfort of a paycheck and without the support of a marketing staff, air fare, expense accounts and trade shows which were going to be missed more than anything.  The chance to get away from home and to be able to do so in the name of your profession was because yet another annual conference required your presence but not your attention or intention, as they usually because fodder for great parties. Now as a small business oner,  attending such things would have true purpose and the drinks and horrible hangovers were replaced by 8:30 am meetings and seminars where listening and learning had value as they were paid for with my own money and time.

The tech world was in a battle between innovation and accommodation, and to accommodate the boards of directors was at odds with the science of innovation.  Some things never change. But in those years not too long ago, big ideas  becoming actual products was a big deal, This was a time when there were still pay phones around.  This was a time when an email address was something special, and was treated with only a bit more urgency than the snail mail that would often carry the "actual" document which was identical to the email version but somehow devalued by the infancy of the the information age.

With enough tech-sales experience behind me i was a prime candidate to hang my hat on a comfortable sales position with an easily attainable quota, but i was, perhaps, naive and money was not enough to motivate me.  i wanted freedom. i wanted to go in late on Mondays, take every other Friday off and work late when i wanted to.  I deserved the entire profit, not a small percentage and it would be so much easier when i made the decisions.

So i took the path less traveled, I was 11 months into it, i had worked day and night and the biggest check i had received to date was for 373.00 from a company that provided health insurance for the self employed ironically. I had tried it, i had survived almost a year and i was gathering up all the half truths that make a resume shine and make you feel like the man in the mirror is worth the paycheck you fight the traffic on the 405 each morning is something you deserve.

Then a friend of mine who had been trying to track me down did so.  he had a started a tiny business of his own and a little office with a couple phones and a dsl device that worked about as hard as i did in the summer as a teenager. Long story short, i was hired to stablize the data network, and having known that those early dsl circuits would only work properly if you installed filters between the dsl modem and any phones in the office, i placed these filters where they belonged and i had become a "problem solver" and there began a constantly increasing  revenue stream for me.  One became two became four became my dream became true,,,,,,,, and i felt what it was like to work really hard and still love it for the first time.

Freedom was never free, days are never short, and the buck always stops with me. This decision has led me to more prosperity and has allowed more doors to open for me than the choice to stay a well paid account executive would have.  I struggled with this decision but I knew it would dictate the rest of my life.  I lost many hours of sleep and success was never something that came overnight.  But twelve years later, understanding that I would have likely been a victim of the recession or waking up to make money for someone else.

I decided to put my eggs in my basket and follow may dream.  To work for myself.

But on the toughest days i know that i am working to make my life better rather than someone else's.

I know I made the right decision.

We do not all have to work for ourselves to be put in a position in which a decision is going to make a huge impact on our lives.  Right now, many of the decisions that plague small businesses are centered around technology.  In order to adequately compete in this new area of business development, your decision must be to trust someone to create and maintain your technological infrastructure for you.  To focus on your core competency while your company becomes less and less dependent on the brick and mortar that makes up the work environment and more dependent on life in the virtual

You owe it to yourself, your family and your employees to put your efforts into running your business and you owe it to your health and well being to know that someone you can trust is taking care of the exponentially rapid change in the way we do business.  The world truly is your oyster and your ability to succeed has never been greater, but on a global stage you need the experience of strong reliable successful IT consulting to guide you away from the traps of long contractual obligations or the  promises of antiquated technology that is seems less expensive and especially the paths of seemly no resistance where outsourcing everything seems to be the right thing to do.  The adage that things that sound to good to be true, usually are, has never been truer.  Do not believe the vendors who are all doing the best song and dance they can, fighting for your dollar.  These cash rich organizations can lose money for years while your company suffers to stay afloat using the smoke and mirrors that were promised as the way of the future.   The truth is that the future is different for everyone, and your needs may not be the needs of your neighbors.  so do not get caught up in this game.  You may roll a hard eight and win, but lady luck does not shine on everyone.  Brooks networks will help you outshine lady luck, your competition and leave you free to take advantage of the technology that is being developed by making sure you are not painted into a corner.  The worst decision is the one that leaves you without the ability to make your own.  don't let that happen, call us today!