“I fear the day technology will surpass our human interaction. The world will have a generation of idiots.” 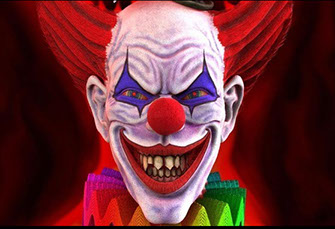 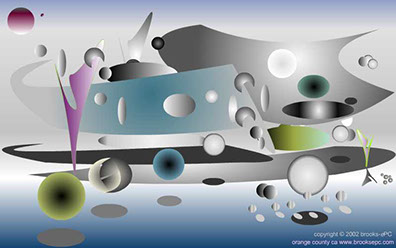 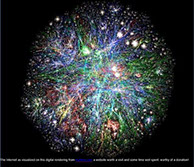 Hey You! Your Computer has been a sitting duck for as long as it has existed. Time to understand why you need to make sure you do not have even the slightest infection on your machine.,,, i mean NOW!

So you have toed the line, and purchased security software, you change your passwords regularly, you realize after spending a nice chunk of change on AnsestoryDOTwhatever, that you have no imprisoned relatives in The Republic of Congo,(you know the ones who emailed you spelling Amerika incorrectly), (the fact that you have blue eyes and are considered a “ginger” was not enough proof at first but that’s okay, you came to your senses before completing that wire transfer!)

You make sure your computer is free from pop-ups and you avoid websites which exist in the internet’s red-light district, well at least when the significant other is around.

In other words, you have done just about everything that people like me, companies like Microsoft and the talking heads at 6:00 on the news have told you to do so you must be safe from the dangers that lurk just beyond your $32 dollar wireless router right? Well, no, we are not. We never were, and independent of your computer’s platform nobody can claim with certainty that you or I ever will be.

To the point: MICROSOFT has patched a critical flaw in Windows that has existed in EVERY VERSION since the introduction of Windows 95 more than 19 years ago!

International Business Machines (IBM) security researchers discovered the flaw earlier this year and did the responsible thing by not going public with the story, they instead notified the software giant privately in May.

I say “responsible” because a vast majority of viruses successfully attack computer users because when the problem is discovered and a system update is published, along with a very detailed description of the bug; what it can do and where it can attack. This document is necessary so software engineers can address the problem properly. But that same document is also available to would-be hackers and cyber criminals who simply use the detailed vulnerability document as a road map to write malicious code which will instantly exploit the problem described.

So between the day the software patch was sent to you and the time you actually get around to doing this update, you are a sitting duck. The vulnerability allows attackers to remotely execute code on an affected system just by convincing Windows users to visit website from which the exploit can be triggered. Yes even Windows 8.1 and IE11.

This vulnerability has been sitting in plain sight for a long time. Microsoft has published a fix for this extremely dangerous hole in the OS and anyone with Windows Vista, 7, 8.1 or the equivalent Windows Server versions will be fine if they do the updates necessary immediately (although as of the time I wrote this article, there were two more files that needed to be addressed)

BUT those of you who are still using Windows XP or an earlier version of Windows are going to become an even bigger target than you already are. Using a computer with XP means you WILL get a virus. You likely already have some.

This specific issue has been rated 9.3 out of 10 on the Common Vulnerability Scoring System (CVSS) so it’s well worth patching through Windows Update if you haven’t already.

PROTECTING YOURSELF FROM THIS ONE THREAT IS NOT THE MOST IMPORTANT TAKE AWAY FROM THIS THRILLING ARTICLE.

Here is the heart of the matter and no matter how bored you are right now, those PMs will have to wait four more minutes if you want to be safe, so read on:

In addition to patching this vulnerability, no matter how careful you are, make sure you are using a virus free computer. Microsoft, Apple, Android, Ubuntu, or whatever you choose. You need to know that you are safe. More than 70% of the home computers we service have at least one active exploit running. Yes 7 out of every 10 of you have some form of rouge software running right now which can be stealing your identity, using your computer as a proxy to route illegal information, spying on you or stealing your personal files.

This press release from Microsoft is huge news, but only because it has existed since Minesweeper was the highlight of your computer. These issues are loose in the wild by the millions right now and it is not okay to just be annoyed by a popup or a home page that will not stay set properly. If these things are happening to you. You are in danger right now. As if someone has broken into your house. Moreover, they found your neighbors spare keys in your file cabinet and now you put them in harm’s way too.

There is a specific list of products which will clean your computer and help keep you safe with no out of pocket expense. But nothing is perfect. And it is quite possible you can go through all of these fixes and still have a bug. It is also possible that the fixes will render your computer useless if it is already too far gone. Security measures should be preemptive and computer cleanup should not have to be routine. But you simply cannot continue to use a computer if there is a tool-bar you cannot remove or a web-page you are familiar with appears with an advertisement between paragraphs which you do not remember seeing.

Follow the link below, this is not a confusing page or one that attempts to get you to download even more useless garbage. It exists of real tools which have no ulterior motives. Install and run the utilities I have made available in the order in which I listed them. If your system is clean after the first one, and you do not have any signs of unwanted software, do not use the additional tools. By there very nature they can harm your computer if you do not have a strong baseline knowledge of software operations.

Before running any of them disable your current virus protection or if it is expired, remove it, or update your subscription. If you do not know what you are doing, find the 15 year old at the end of the block, buy him a pizza or new wheels for his skateboard and let him help you because if your computer is really sick, you need to perform brain surgery on it, and if you don’t know how to use a scalpel, you just put a zombie down, (At least Rick and the gang are a little safer I suppose)

An ounce of prevention is the key though. After your system is clean spend the lousy 35 bucks and get yourself the right security suite. And my goodness, if you don’t have carbonite in your computer and you have 4 baby pictures that do not exist anywhere else, much less your tax returns or other documents, that is just plain ignorant. for less than $60. Do not rely on yourself to back your data up, its not going to happen, just get carbonite. I have a simple link for a free Carbonite subscription too.